Posted on December 29, 2011 by Heinrich Mallison

Dave Hone has posted a bunch of Allosaurus mounts and skull lately, but now promised that end that spell. I guess it is time for me to add another one that Dave didn’t include.

The AMNH Roosevelt Rotunda’s Allosaurus. This is the cast attacking the rearing Barosaurus mount (also cast). 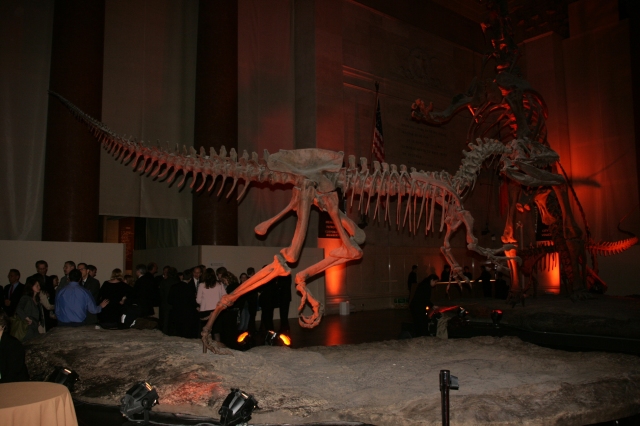 Pics taken during the evening event of the opening of the AMNH’s special exhibition “The World’s largest dinosaurs” in April 2011 (my SVPOW review here).