What it takes to fly

Posted on February 24, 2012 by Heinrich Mallison

sometimes, it takes less than one might think! A Hooded Crow (Corvus cornix cornix) recently got in front of my camera at the Berlin Zoo. I took several shots of the head, then it fluttered off a few meters, and I took a few full-body shots.

And then, by pure chance I happened to catch it in mid-air, just before landing: 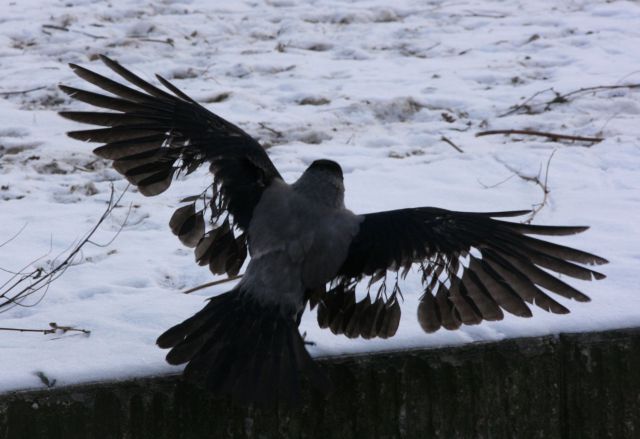 Looks like it caught some serious flak….. I was surprised how well it flew, considering that it had lost some 25% of its wing surface area at this stage of moulting. However, if you take a closer look you will notice that the primaries, secondaries and tertiaries are nearly complete, with only one noticeable gap of missing feathers in each wing!

5 Responses to What it takes to fly