The Brussels museum has more to show than iguanodons, much more. Today, I want to walk you through the dinosaurs very quickly, although I have to admit that I was only looking at complete mounts during this trip (reasons remains my secret for now). Thus, I have practically no pictures of the partial mounts, and have in fact forgotten what genera species they were (hard to believe, I admit). Call me focused……

In fact, I haven’t forgotten all that much: one of the mounts I have no proper picture of is of Orolotitan, and wikipedia has a nice image of the mount Orolotitan at RBINS from wikipedia, license see there.

It is cool to see the museum go for less-frequently shown dinosaurs. Dave Hone had a nice rant a while ago about there being Plateosaurus mounts all over (he is mistaken, it’s just his sampling; there can never be enough mounts of P.!) and about all zoos having the same animals. Well, Brussels does have a few standards, and it is THE standard for iguanodons – but they sure did what they could to get some variety in there. Well done! Here’s a few more they have that I haven’t seen a gazillion times:
– Eoraptor
– Lurdusaurus
– Cryolophosaurus
Add to that a wide range of casts: Velociraptor, Maiasaura, Stegosaurus, Diplodocus, Triceratops, and many more… oh, yeah, and Stan, how could I forget! 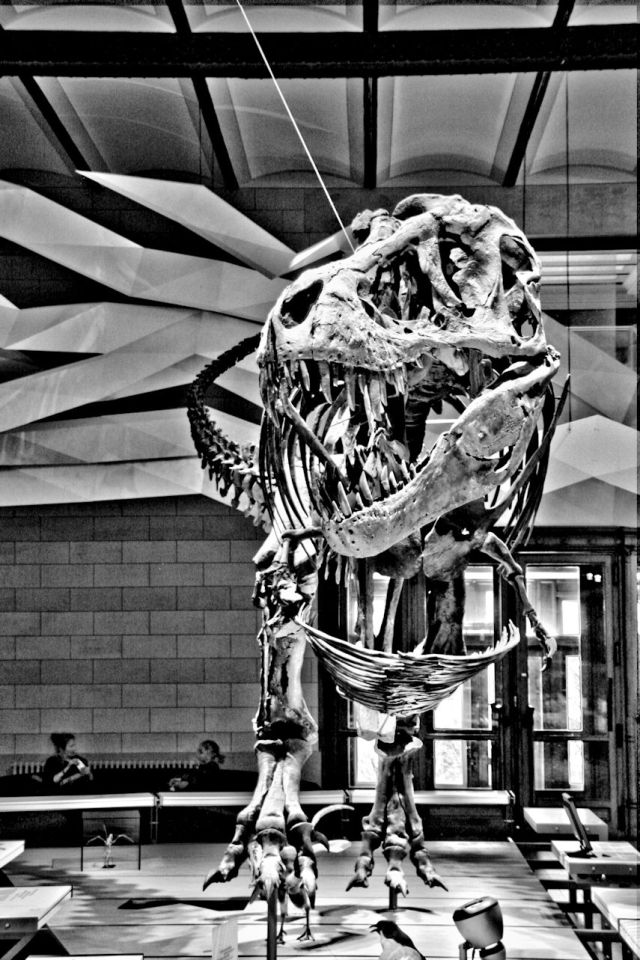 Not that we haven’t all seen about 20 different incarnations of this mount already, but I must admit that the RBINS does a very good job of exhibiting their dinosaurs! They do not try to make them “come alive” (as if a mounted skeleton could ever look like that), nor do they try to present the animals in life-like surroundings. Instead, they have a lot of smaller objects around them that help in educating people. Models, related objects such as casts of fossil eggs, and so on. Admittedly, a big part of why I like the displays is that most of them are casts, and not protected by glass. Most are also mounted so that you can walk around them – lovely! Here’s a view of the Orlo-&-consorts area to show what I mean: 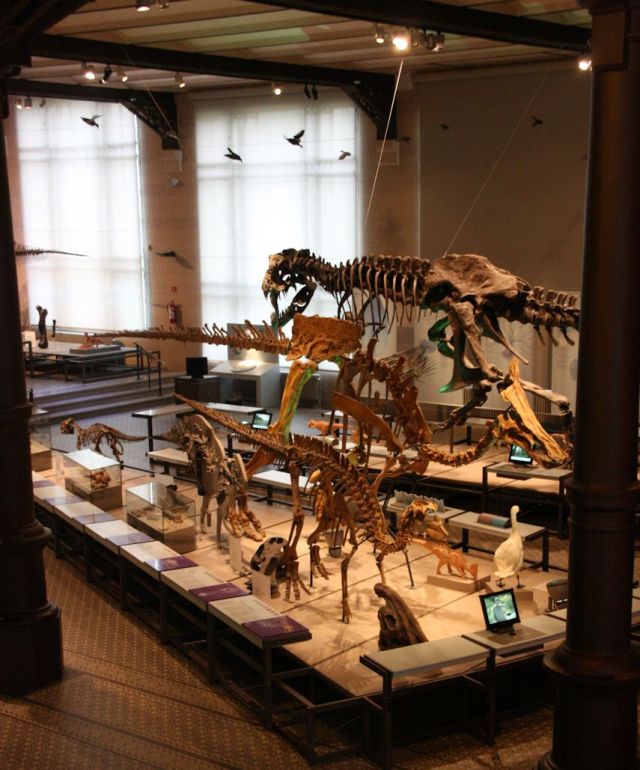 There is space for figures and texts on the plaques, there are a few extant animals are comparison, there are even screens to show some animations and stuff (well done, too, most of them!). And there is enough room for entire school classes to get close and really see things well.
’nuff talk, more pics! 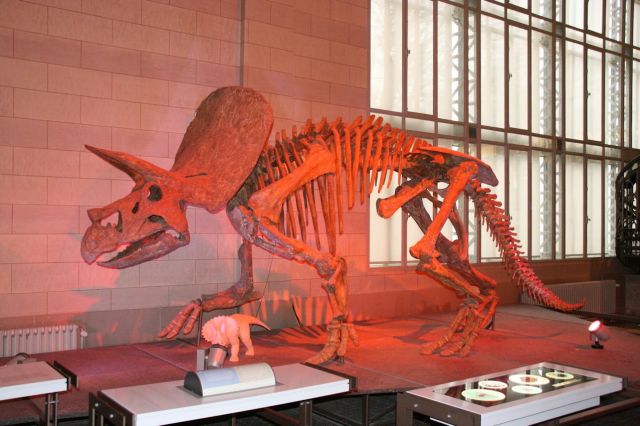 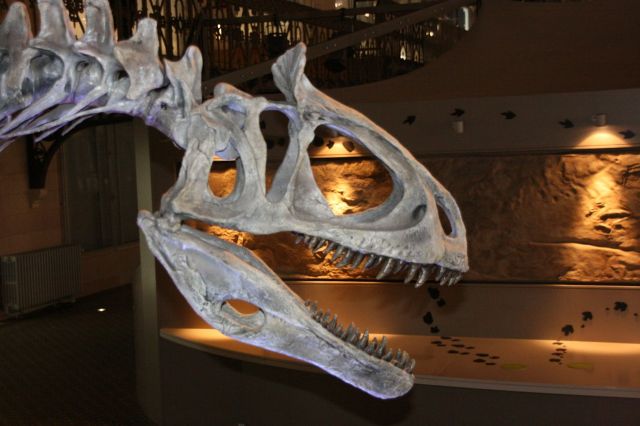 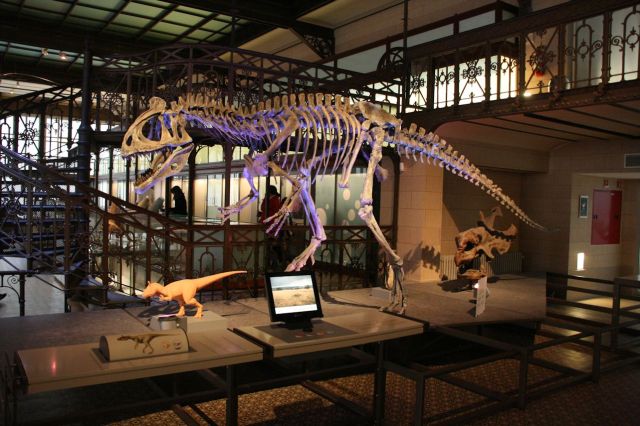 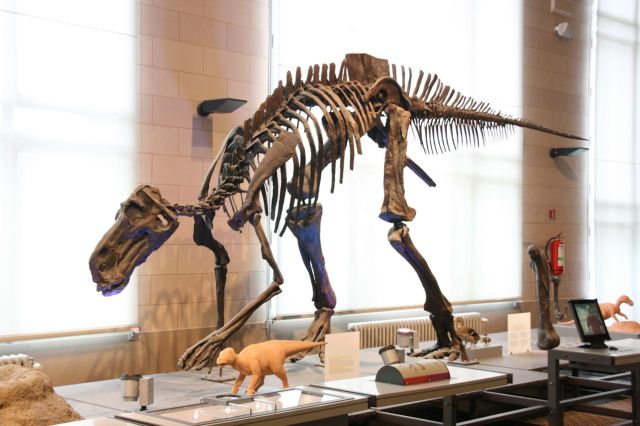 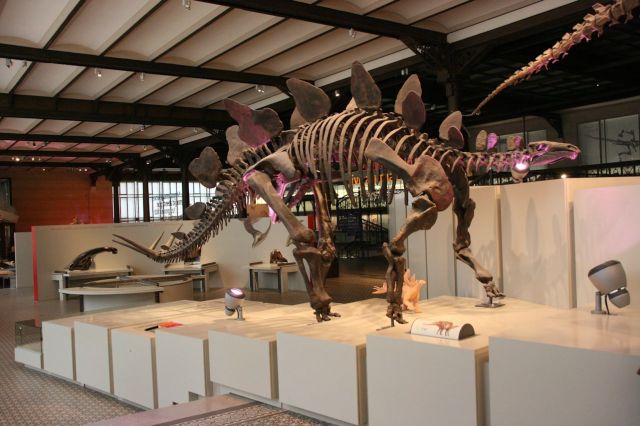 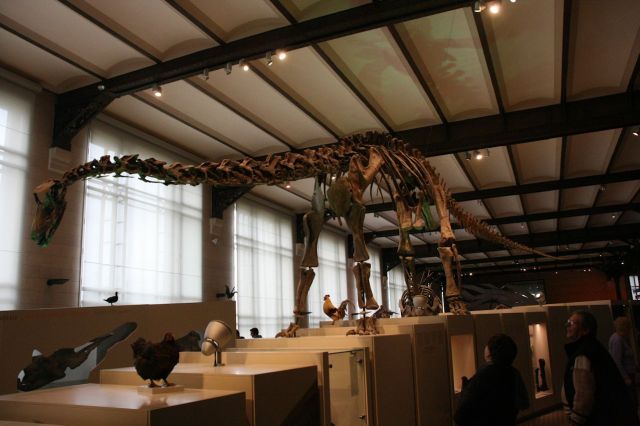 Diplo in Burssels – be glad I am showing you Diplodocus, not diplomacy! 😉

And now for an overview picture of the gang: Diplodocus (cast of a Sauriermuseum Aathal specimen!), Stegosaurus, Tyrannosaurus (Stan), Iguanodon, Oviraptor, Protoceratops, Pinacosaurus (yes, Pinacosaurus, and that one is NOT a cast!), Brachiosaurus (forelimb only, and yesthisis-Brachiosaurus–altithorax-not-Giraffatitan–brancai!) 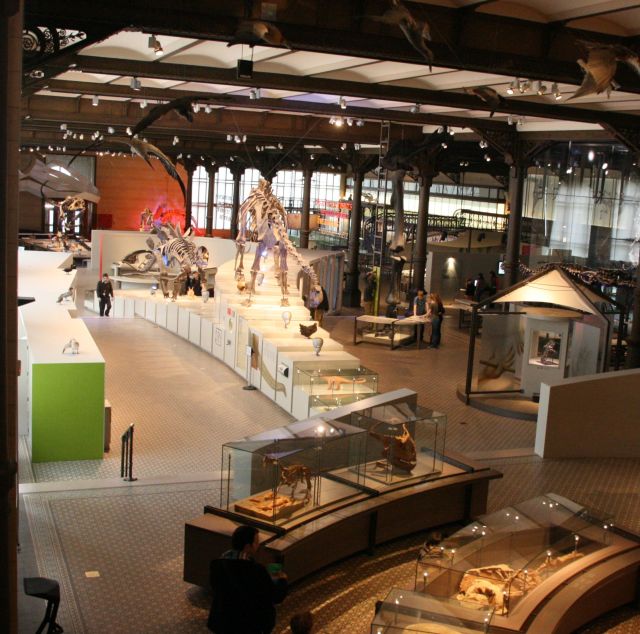 Well, you get the idea: they spent no expenses to get a good collection of casts and originals together to show off the extreme diversity of dinosaurs! And if you look closely you can see both a bunch of educational things, and a number of stuffed birds – Brussels makes it really subconsciously obvious that those fluffy-feathery-flying-thingies go with the big-scaly-monstrous-cool-scary-extinct thingies. Yay!

As a bonus fort staying with me this long you get some more Stan now: 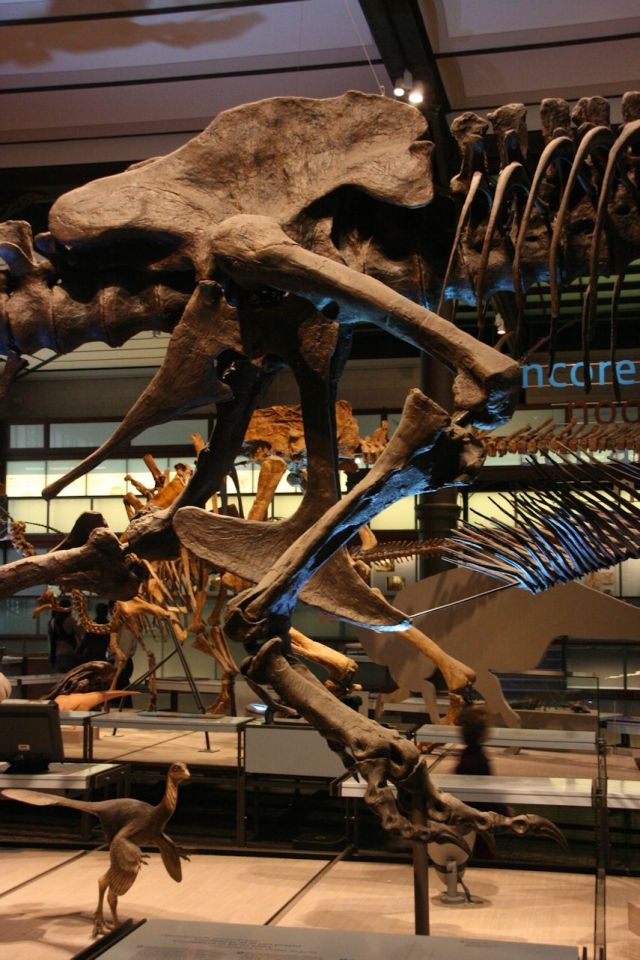 Waaaay too flexed (3 links) – not even a mammal would do this! Aargh! 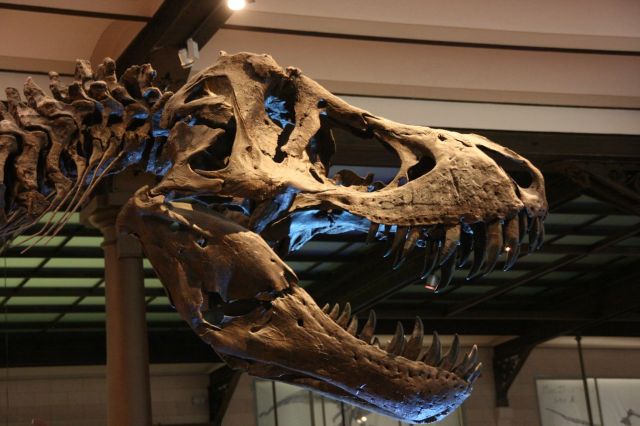 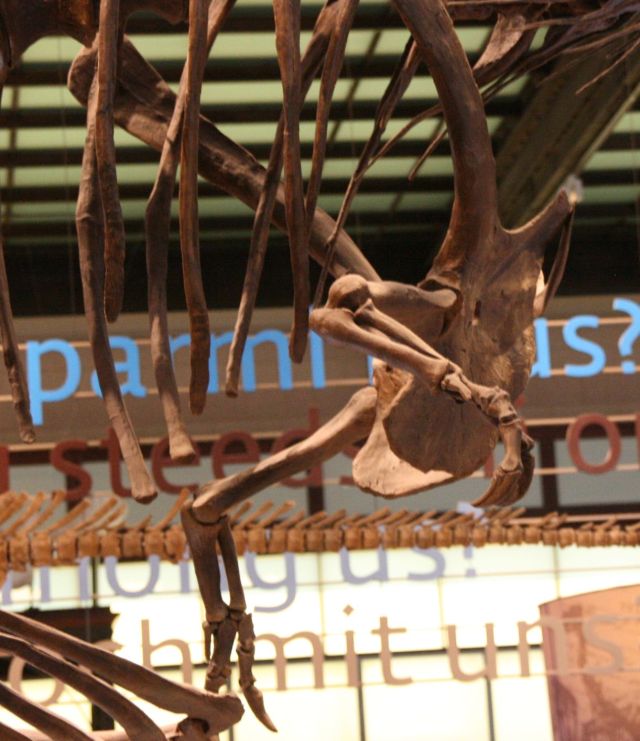 Anways, Eric an I enjoyed this very much. More on the RBINS soon – there’s much more to show!

I'm a dinosaur biomech guy
View all posts by Heinrich Mallison →
This entry was posted in Dinopics, Dinosauria, RBINS. Bookmark the permalink.

8 Responses to RBINS Tour 2: other dinosaurs