The Baltic Sea coast in Germany makes for a surprisingly varied landscape – if you can call anything that doesn’t get any higher than 30 or 40 m above sea level “varied”. In any case, there’s a  lot of beautiful vistas. Also, there’s a lot of beautiful wildlife. Today, I’ll simply throw a handful of mixed photos at you.

Let’s start with a bird I haven’t consciously seen before from a distance that allowed species determination. 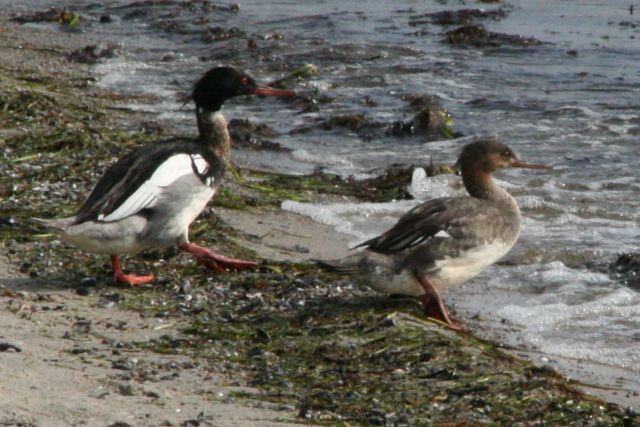 Red-breated Merganser (Mergus serratur), female and male making for the water when a human approached (not me – I use a 200 mm lens). Please correct me if I mis-identified them. As I mentioned before many places on the coast are overrun (or should I say over-flown?) by gulls, and it gets a bit difficult to pick out non-gulls in the chaos.

OK, you got two dinosaurs, now you’ll have to suffer through a bit of landscape and even a historical building or two……

My wife and I used to spend our holidays in Zingst, a fishing village going touristy on the Zingst – the latter being a shallow and extended peninsular (a spit, to be exact), barely connected to the mainland and enveloping a lagoon, the Barther Bodden. Much of the coastal area is a natural preserve, the Nationalpark Vorpommersche Boddenlandschaft (I can’t bring myself to using the English translation). It’s a great place, and if there ever is a nature show about it on TV, I recommend you watch it! The following pictures were taken in the general are, but not in the national park itself. 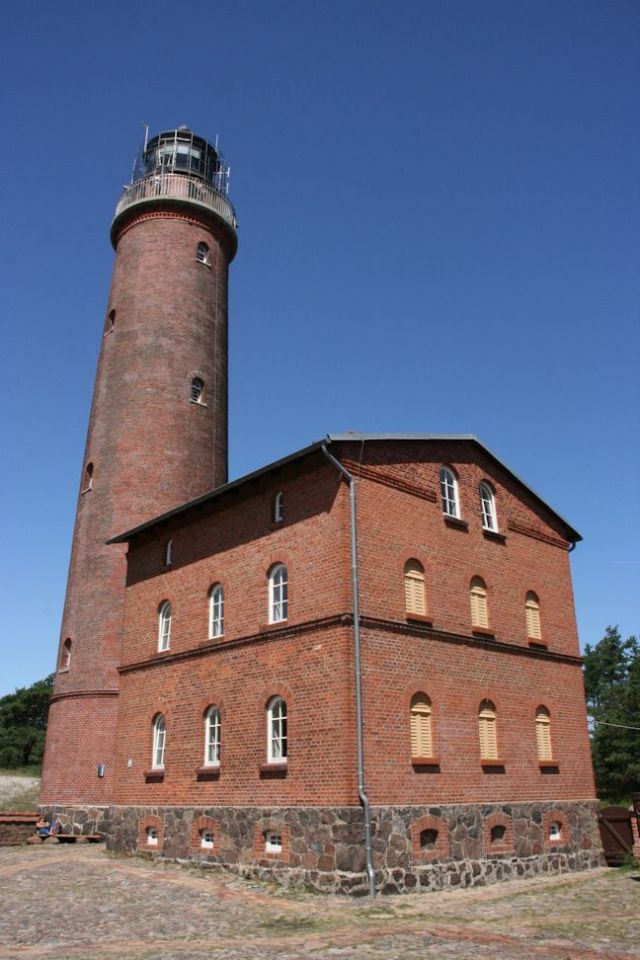 Lighthouse at Darßer Ort (sorry, wikipedia only in German), from 1847. And a panorama taken from its viewing platform.

This is the North-South stretching Western edge of the Zingst, an erosional coast. On the left of the panorama you can see some sand dunes with forest on them, these are quite high in some places and make for nice views. 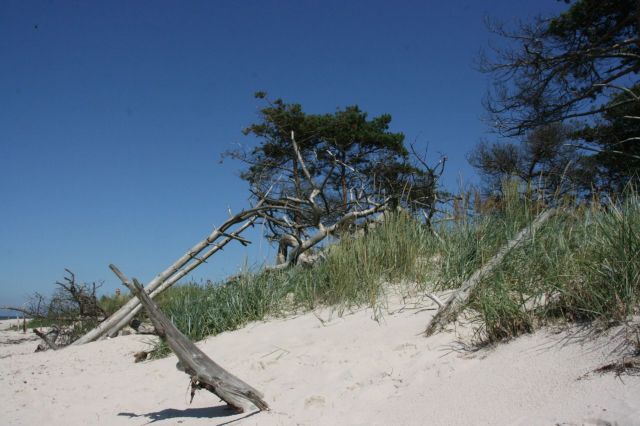 The wind blowing in from the sea means lots of stuff gets washed onto the beach, and even the slightest rise of the land makes for excellent soaring conditions. Accordingly, the place is choke full of gulls. Lazing at the beach I tried catching them in flight with my camera, but despite the sometimes rather predictable flight path it is not that easy. The autofocus takes a while, and going manual is just not possible at close range, as the distance changes too rapidly. Sometimes, though, I succeeded. 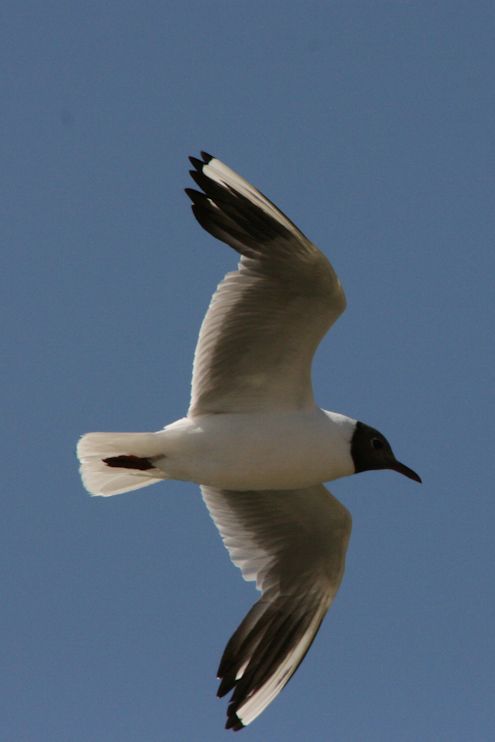 More gulls – they love sitting on the jetties. Mostly Herring Gulls and Black-headed Gulls. The taxonomy of the former is a horror, and I won’t go anywhere near it. 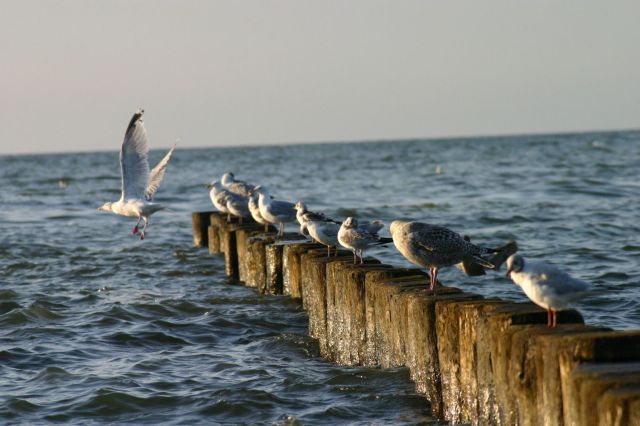 Enough for now – there will be more “filler” posts of this kind whenever I am too busy to post on extinct dinosaurs or can’t be bothered :p