Yeah, I know, I am tossing those extant critters at you like there’s no tomorrow. Patience, young palaeo-padawan, dinosaurs to come. I mean to get the extant stuff done ASAP.

What, you don’t like creepy crawly critters? OK, I’ll have a soothing furry, cuddly mammal for you at the end of the post.

At Dana Quarry, dragonflies came in two sizes. The smaller (above) used the ropes we hung the shades from as a resting place, and I was able to get many good photos. OK, someone (I am looking at you, Tom!) kept shaking the ropes, which didn’t really help. Still, good and easy photo hunting. 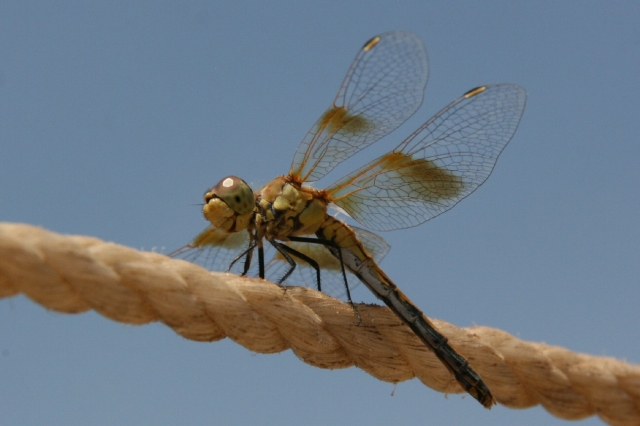 I used my usual method on them: snap a few shots from far away, then creep closer and keep snapping. This means that I will have a few photos even if the animal takes off, and that I get as close as I can for optimal shots. After all, what’s the cost of a few dozen digital photos? I have 8 batteries and 4 4GB memory cards, I can afford to take some 100 photos that I later delete.

The second kind of dragonfly was much bigger, and I only got close enough for a photo once, when one settled on the shade roof built next to the kitchen camper. I took two shot, then started moving closer – when someone stepped out of the camper and the dragonfly flew off. 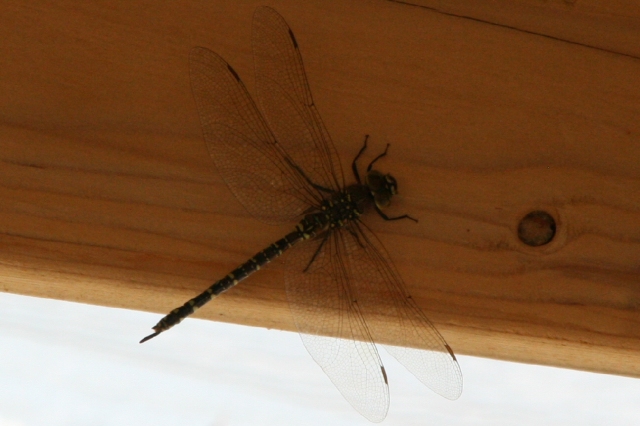 and here, finally, is the nerve-soothing cuddly mammal….. Stinkin’ mammal, though! really goes with the previous Wyoming Wildlife post. 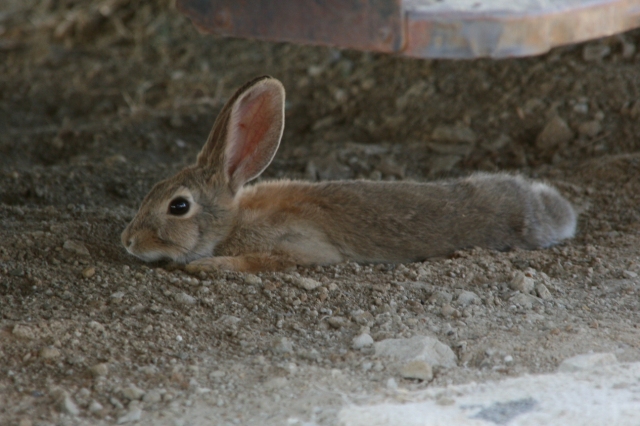 OK, not THAT stinkin’ – don’t get my started about ruminants. Memories of my last RVC stay come floating back on clouds of stink………

I'm a dinosaur biomech guy
View all posts by Heinrich Mallison →
This entry was posted in insects, Mammal pic, Mammalia. Bookmark the permalink.