Let’s get this over with:

some grouse, I guess. 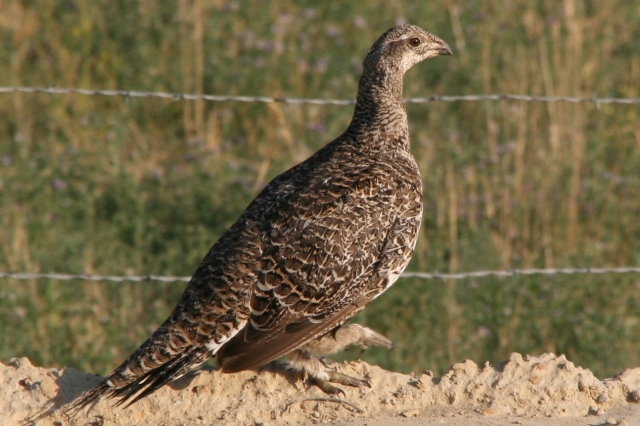 I won’t bore you with myriad photos of small birds, as these mostly consist of a lot of sky or landscape with a tiny feathery dot near the middle. Pretty impressive, though, were the nighthawks. They didn’t stick to the night, though, but spent the better part of the late afternoon on the wing, which meant enough light to get some so-so photos. Their erratic flight patterns made the task pretty difficult, though. 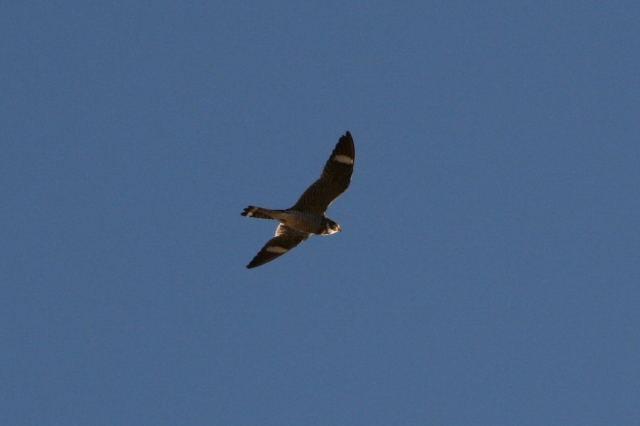 A few hours later – it was getting pretty dark – some nighthawks flew lower down when we were fetching water for the camp. Only one good shot, on account of the dismal relationship between the birds’ speed and the shutter time required.

These appear to be Common Nighthawks (Chordeiles minor), if anyone knows better please tell me.

And then I have some more vulture pics to show: 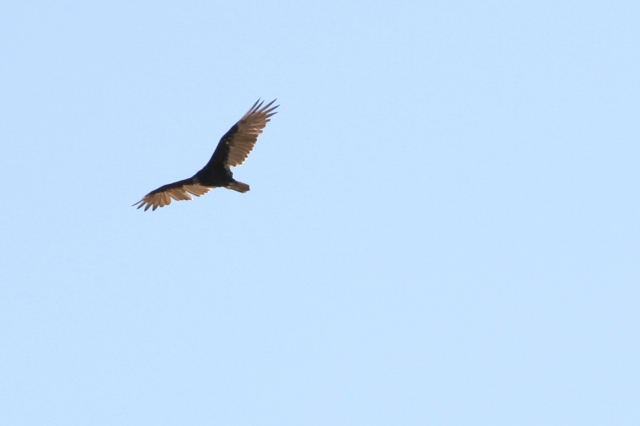 OK, enough of them. And now for something completely different – cormorants and gulls!

Yes, shorebirds smack in the middle of Wyoming! There is a really impressive canyon running south from Thermopolis, the Wind River Canyon, and that has a quite impressive stream running through it. Water all year round – you know there’s gonna be fish, and where there’s fish there’s gulls. Wyoming has an amazing diversity of water-loving birds, just check out this wikipedia page! But first, the Double-crested Cormorants (Phalacrocorax auritus)

and the gulls – I won’t make any attempt to identify these. Western gull juveniles? 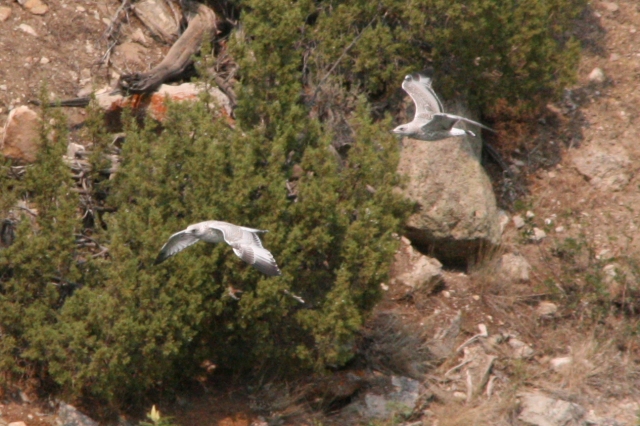