It’s been a long time since the last post on the new bird house at the Zoo Berlin, so I guess you all have recovered from the feather flurry and are ready for another dose. This time it will be the Australian birds. First come one that is much liked by ornithologists for constantly calling its own name during flight (says Mark Carwadine), the Kea (Nestor notabilis). 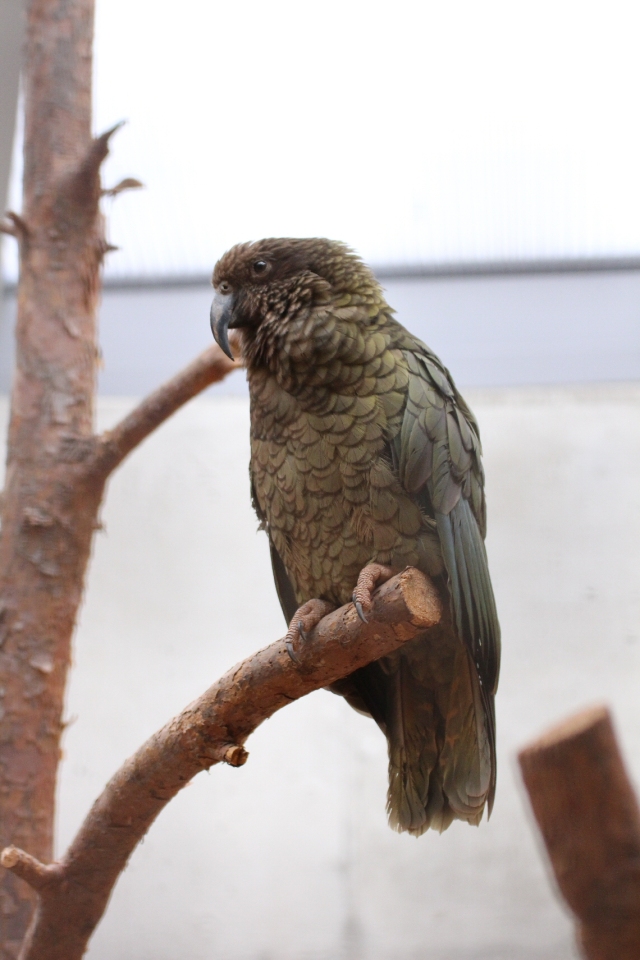 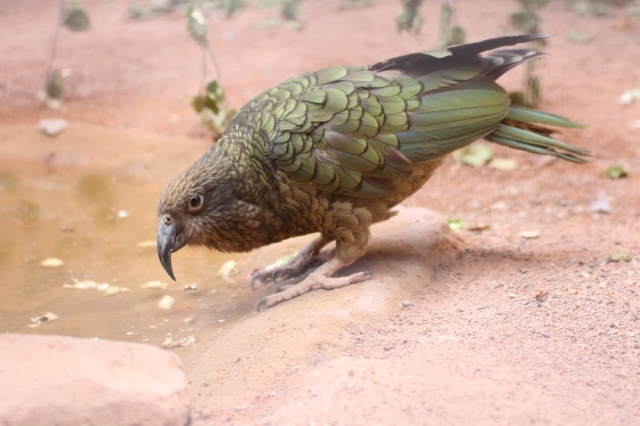 Note the beak (good for ripping stuff off that you want to stay on, like windshield wipers) and the strong feet (good for causing all kinds of havoc as well). Like other parrots, keas are smart, inquisitive, strong, and always causing trouble. Much more so, it seems, than other parrots. The Berlin Zoo cage as of my last visit did not show any damage, but some of the other parrot cages were partitioned off and under repair.

The keas’ neighbours are two pretty species of finches of the genus Poephila, the Masked Finch (Poephila personata) and the Black-throated Finch (Poephila cincta). I’ll leave you to guess which is which. Both species live in open grassland or woodland and are gregarious. 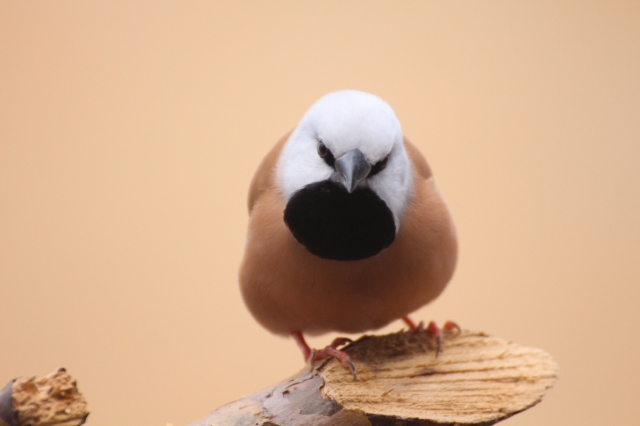 Next up, a small parrot, a dove, and a quail. Yeah, rather predictable. At least I can show you the quail ab ovo.

an adult male King Quail (Coturnix chinensis). Both the King Quail and the Common Emerald Dove (Chalcophaps indica) below occur not only in the East of Australia, but across most of Indochina, and would have fit into that part of the bird house as well. 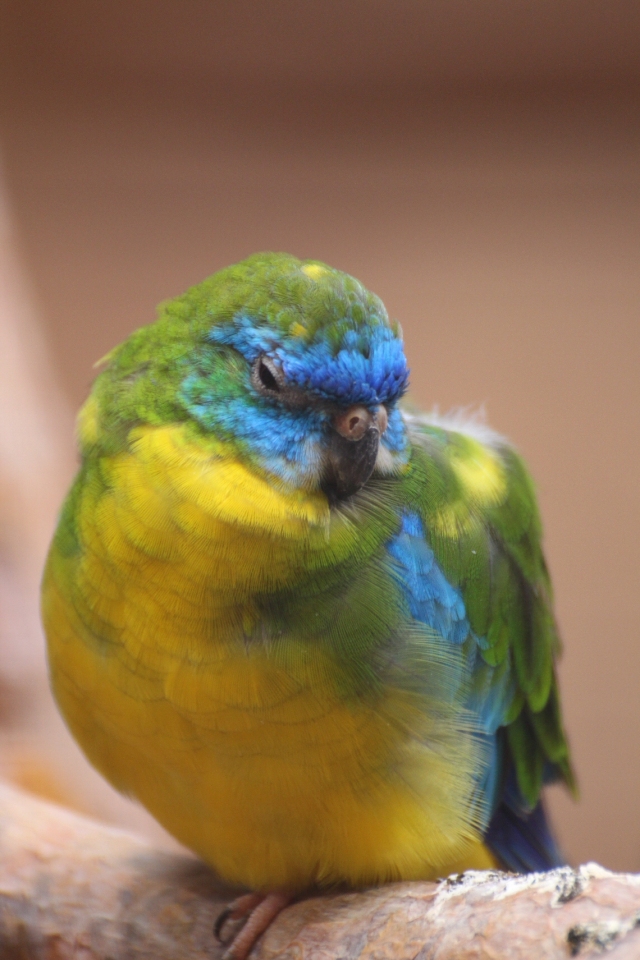 Now, the obligatory quail and dove out of the way, we can move on to – a dove and a finch! Of these, the Crested Pigeon escaped my attempts to immortalize it on film… erh, digitally, so here is only the Star Finch (Neochmia ruficauda). At least, I can show you several in one picture, even if that is no consolation for missing out on the rarest of rare birds, the pigeon 😉 And I had gotten the Crested Pigeon before.

The next cage finally brings a change from the rather uniform quail-dove-finch-parrot routine:

Look! It’s Coturnix chinensis, the King Quail! never seen that one before! This time, a female. And the other inhabitant of that cage is 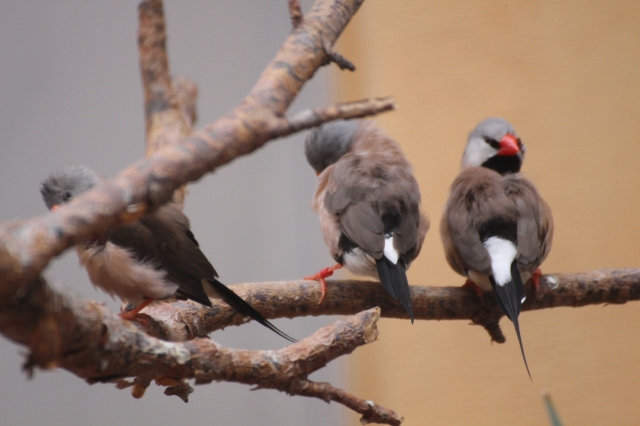 Long-tailed Finch (Poephila acuticauda). OK, at least now we have the three species of Poephila out of the way, and we have both male and female King Quail. What’s next?

To be precise, it is the Wonga Pigeon (Leucosarcia melanoleuca).

but now, surely, the cage-mate will not be another finch? please????? And indeed we are spared! let me introduce the Blue-faced Honeyeater (Entomyzon cyanotis)!

and the final cage has a really weird and cool inhabitant, the Tawny Frogmouth (Podargus strigoides).

To wrap up this post I have one more photo, of a bird that was in the outside cage, not the inside one. I guess it is the bird everyone associates with Australia, the Laughing Kookaburra (Dacelo novaeguineae). The photo gives a good impression of some of the difficulties the meshes of the new bird house cause photographers. I had to use the lower end of my zoom to get the bird into view without a grey blur across it from the wires. The first photo is a cut out at full resolution, the second one is the full photo at 1/9th size. Bleh! 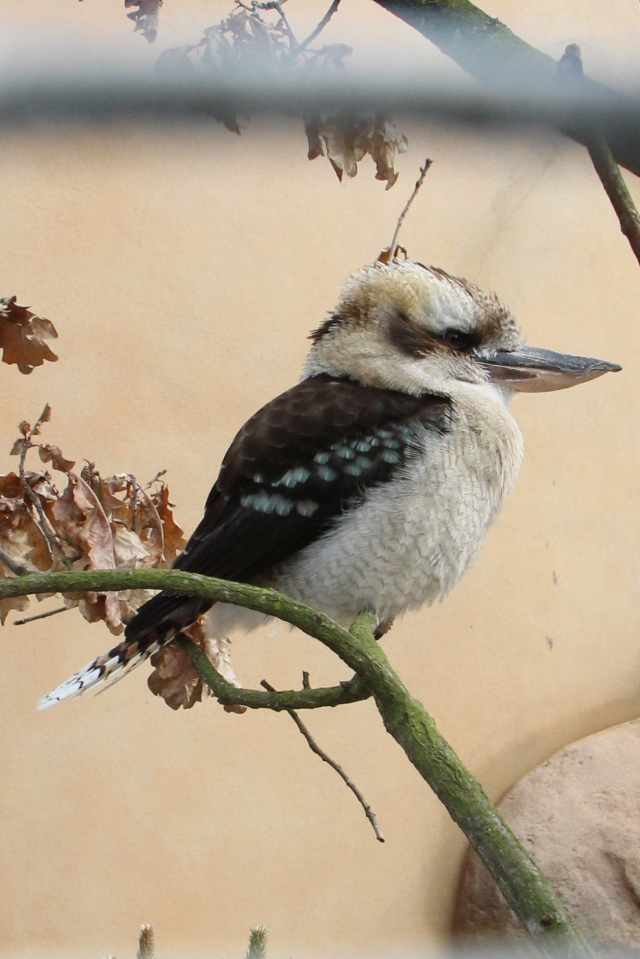