Posted on April 2, 2015 by Heinrich Mallison

Last Monday, work took me to the Weltvogelpark Walsrode (wikipedia). It is really weird that I haven’t been there before, and I was determined to make the most of this visit, despite a so-so weather forecast. The Weltvogelpark is a huge one, the largest bird park in the world both in number of species and land area (claims wikipedia), and it has only birds (no, not even guinea pigs somewhere), as opposed to many other bird parks. You’ll get Theropod Thursday-ed to death here with photos I took there, but today I want to focus on a handful of birds I saw that that have one thing in common: they are white.

This is Threskiornis bernieri, the Madagascar or Malagasy sacred ibis. Looks a bit ruffled, which is not surprising. Monday was a stormy and rainy day, with some hail thrown in for fun, too. The next bird doesn’t look ruffled, and doesn’t have any non-white feathers.

Can you guess the species? Or at least the genus?

OK, more info may help you……

recognize it now? It good old Corvus corone, the Carrion crow! An albino one, to by sure, as the red eyes show. Real albinism, a total lack of the pigment melanin, is much rarer than just a reduced amount of melanin, a condition called leucism. Leucistic animals (including humans) typically have enough pigment in the iris to make it not totally translucent, and so we do not see the blood vessel rich retina.

Yep, an albino! And if this bird doesn’t deserve the name Snow White, maybe this one does: 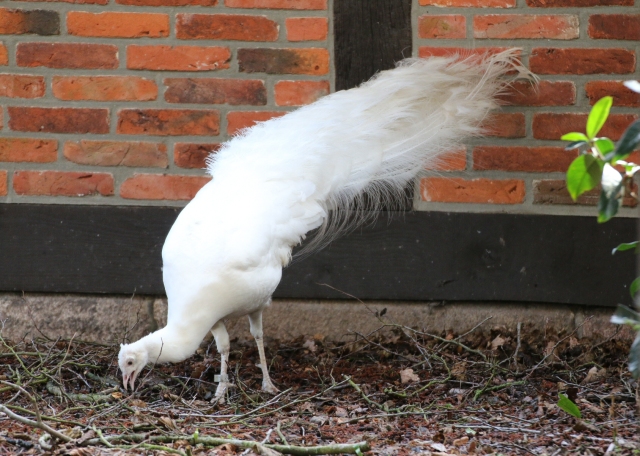 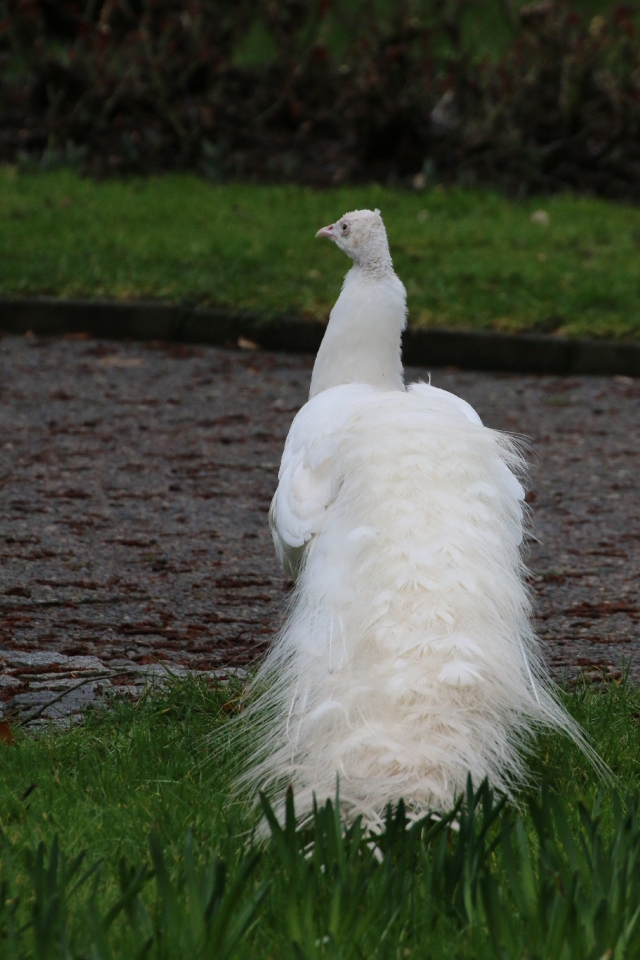 As you can see, this peacock (Pavo cristatus, I guess from the head shape and the other animals running free in Walsrode) is leucistic, but not an albino. The eyes are black.

So that’s two really rare things here: an albino crow and a leucistic peacock – in one place. But Walsrode has much more to offer than just freaks (as I threatened above). Today, I’ll wrap up the post on white birds with one that is completely white except for its beak and the tips of a handful of feathers: the coscoroba swan (Coscoroba coscoroba). Walsrode has a pair, and while one of the was sitting on the nest, the other was quite a show-off. Clearly, the intent was to keep us sufficiently impressed so that we would stay away from the nest. The coscoroba isn’t the biggest of swans, but its ego is certainly not too small. 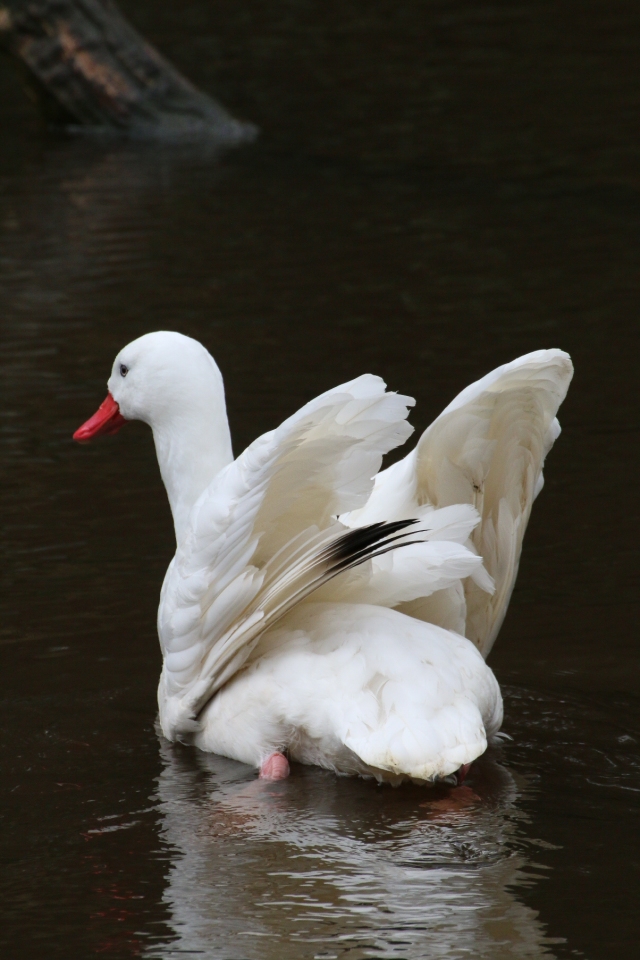