Posted on December 8, 2015 by Heinrich Mallison

Everybody knows fossils from the Solnhofen limestones. At least one fossil. This one: the Berlin specimen of Archaeopteryx lithographica. 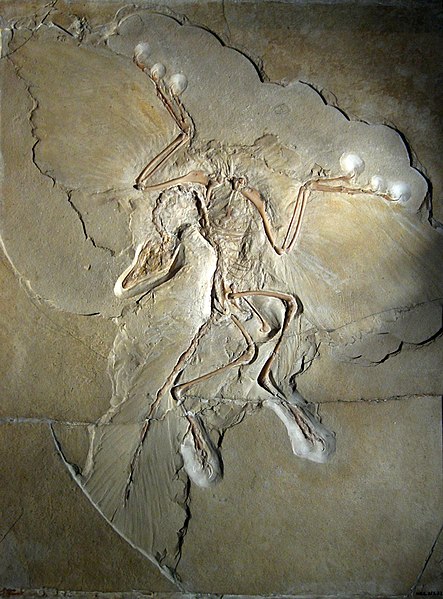 The whole area is incredibly picturesque, with the town of Eichstätt on the Altmühl river itself being a Bavarian Baroque church town, which means plenty of pretty imposing buildings in a wonderful landscape. The Willibaldsburg is a huge castle, the medieval part in its various stages of construction well preserved and with equally well preserved bastions from the 1600’s surrounding it. It offers a stunning view of Eichstätt and the sharp bend in the Altmühl’s course, and houses a very nice Biergarten (no need to translate that term, I guess), a museum that shows archaeological finds (Roman, Celtic, and so on) and palaeoanthropological as well as palaeontological exhibits from ice age times, and the Jura Museum.

The Willibaldsburg as shown on the museum’s tickets.

I recently spent a very short visit there, less than an hour in fact, and with three small children in tow (however, they loved it and didn’t whine!). During that time I managed to take a few photos of some of the more amazing exhibits, so let’s dive into the Jurassic World of Bavaria.

One thing most people don’t realize about the Solnhofen Limestone is that it is a marine deposit, and as such so beautiful, so mysterious… so full of fish. Lemme show you some.

Top to bottom, these are Asthenocormus giganteus with a bit of prey in its stomach,  Sauropsis sp., and Aspidorynchus acutirostris, a gar-like fish. The museum features a number of aquaria, too, trying to show what the Jurassic coral-reef and lagoon dominated landscape looked like, and in one of the them show gars (Lepisosteus oculatus) – not a fish you will see often.

Similarly, the museum has a tank with Limulus polyphemus, which matches very nicely indeed with the fossils:

What’s preserved here is a track of a horseshoe crab that for some reason got into the oxygen-deprived waters at the lagoon bottom, ran around for a bit trying to get out, and succumbed. One of the really rare cases where a trackmaker actually can be found dead at the end of the track. If only most dinosaurs had died that way, too 😉

Some more cool fossils from the Solnhofen Limestone:

Aspidorynchus acutirostris again, this time in dorsoventral instead of lateral compression.

Enough fish?
Well, you ain’t seen nothing yet! Some of the fish are just incredible 🙂

These look more like fish flattened in a printer’s press yesterday, or prints of color photographs on limestone, than real fossils. But they are oh so very real! Click to zoom in on the images. I hope to go back soon, with time on my hands to get really good photos of the fossils and the labels 🙂

close-up of the above

This Turbomesodon relegans is so amazingly beautiful that I could look at it for hours on end!

not all fish are that exquisitely preserved, but even tiny Leptoleptides sprattiformis are often extremely detailed.

the absolute whopper, though, as the fishes in the special exhibit “the best fishes” (or so) that they added somewhen after my previous visit. Check this out (and excuse the poor photo, I was in a hurry).

Makes me long for smoked trout with lemon 😉

OK, enough fish already, on to other creatures.

A somewhat pornographic-looking view of a turtle. The museum thoughtfully placed the specimen on top of a mirror, so that we can also see the upper side of the shell.

and a lizard, which under UV light shows soft tissues very nicely. The posterior tail has been regenerated.

and finally, a dinosaur: Juravenator starki!

and although this post hasn’t arrived at Plateosaurus, I still think this is a good opportunity for a break. More soon – I am not even half done with my very hasty tour of the wonderful Juramuseum!